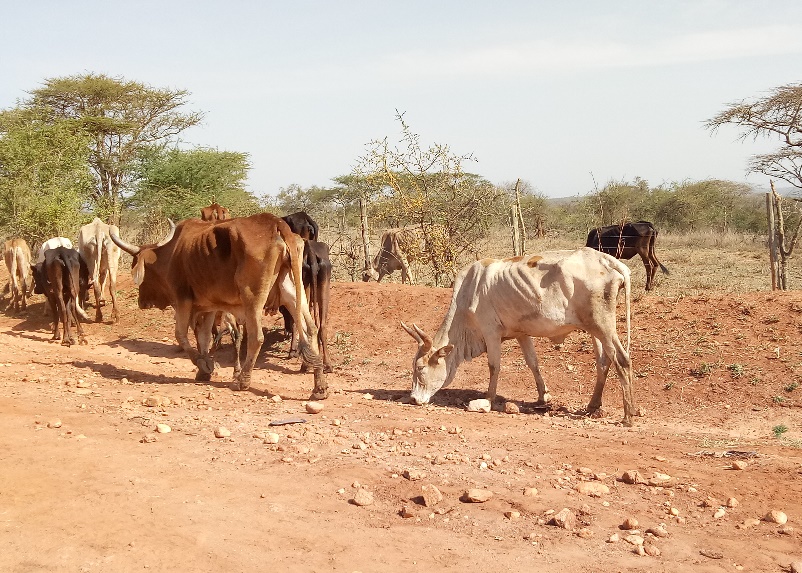 I never enjoyed sitting behind a computer. It is just not my cup of tea. When I submitted my request to volunteer at Community Initiatives Agenda (CIA), I always envisioned myself on the road, travelling to distant communities that needed my help. Hence when my director mentioned that our first field activity was up for execution, I simply could not hide my excitement. Fortunately she had planned for a field activity to Lenkisim situated in Kajiado South. Lenkism, which gave me trouble to pronounce is the location for the 2 public schools that CIA is currently supporting in a bid to improve the learning environment. Lenkisim is in deep Maasai land, and is surrounded by a number of hills.

In preparation of the trip, my director and I sat together and put in place a plan for the activities that would last us two days. My mind could not help but wander and visualize everything and anything about this trip to Maasai land. Allow me to confess that even though I have lived in Kenya all my life, I never got any opportunity to interact with the Maasai people. Thanks to CIA, the opportunity was right here and I made a promise to myself that I would endeavour to make it the best trip yet. The only thing I had seen that described anything to do with the Maasai was the red shuka (red patterned shawl). This shuka has travelled across oceans and many countries around the world, a fashion statement of some sort. This is one of the souvenirs that you will not want to leave behind while you visit and shop in Kenya enroute back to your country. If you ever visited the Maasai and such a gift was given to you, it would be a mark of love, respect and appreciation of your visit.

We agreed to leave on the 17th of January at 6.30am from Ngong town, where CIA’s office is located. I live in the same location. Leaving later than that would not have been possible considering we had to travel to Kajiado town for about 1 hour before embarking on the journey to Lenkisim. As we headed out that morning, I noted a number of small trading centers and townships. The trend of ‘not so easy to pronounce names’ continued. There was Kiserian, Olchoronyori, Olotepes, Isinya and finally Kajiado town. My colleague the director was kind enough to tell me something about all these locations, we chatted all the way.

We got to Kajiado in about an hour and headed to Ilbisil, a town on Namanga road, this road takes you all the way to the boarder of Kenya and Tanzania. We found James ole Santetua waiting for us in Ilbisil. I had expected to see a man clad in the Maasai shuka but this was not the case to my surprise. James doubles up as a community leader and a Pastor, a well-respected person in the community as we learnt later. James received us very warmly and led us to a hotel where he had organized for breakfast. In the Maasai community, greetings are extremely important, we exchanged greetings before we sat to have our breakfast. When my colleague introduced me to him, I smiled broadly and told him my expectations. He told me that I would have an opportunity to meet both men and women wearing the local Maasai attire, see their cows and goats and visit a Manyatta as well. Visit a Manyatta, I asked? Yes, he responded. We had planned to do a household visit to check on the feeding practices of Mama Moine who had given birth to a beautiful baby two months ago.

Our journey to the final destination started in Ilbisil where we took a dusty murrum road. One thing you are sure about this road, you can never get stuck. It is full of stones and it is an all-weather road. This road heads to Maparasha, a small township on your way to Lenkisim. James explained that there would be a lot of dust and asked us to cover our heads as he sat behind the steering wheel. Luckily I had carried my Maasai shuka and I quickly wrapped it around myself covering my head.

On our way we encountered herds of emaciated cattle heading in the opposite direction. I sadly sought to find out where the herders were taking the cattle. ‘’They are in search of pasture, we have experienced ravaging drought for the last 3 years’’, James sadly said. He went on to say…the community has lost hundreds of cattle, goats and sheep, the major source of our livelihood, we can never recover!’’ I was heartbroken.

I knew this would be the source of hunger and desperation, this situation was not just affecting the cattle but the people as well. The children could not learn on empty stomachs, many skipped school as they travelled with their parents in search of pasture for their cattle. Later we learnt that the performance of the top class in the primary schools supported by CIA was deplorable for the end of year exams. This was the downstream impact of the heavy drought season.

As we went past Maparasha shopping center, I noted we were traveling right into the bushes, James asked us to look beyond and see some hills that looked like they were a thousand miles away. ‘’Do you see those hills, he asked, we are going behind them’’. I was quick to ask if that was a joke, from the distance where we were, I was convinced that would not be possible as it looked too far. We chatted all the way and took photos of interesting things along the way. My best moments were when we came across these beautiful wildlife, giraffes, antelopes, dik-dik, zebras, ostriches and many beautiful birds. To crown it all, we stopped at a water point, here I met Lenkare with whom we became fast friends. I learnt a lot about the Maasai people from my new found friend. We spent about 30 mins here.

One of my lowest moments was when we came across a dead elephant, James explained that the elephant was sick and could not survive, I watched sadly as James turned the head to show us the trunks. The elephant had died close to Oloilalei Primary school where we were visiting that day.
My face elated with joy when we finally got to the school, the children looked cheerful despite the difficult environment they lived in. We took time to speak with them and distributed some play materials.

We later interacted with the teachers and learnt that the children we found seated under a tree were not there to enjoy the shade rather it was their regular ‘’classroom’’. There was no classroom for these children and therefore they spent their day under this tree. I enjoyed playing with them and listening to them sing their Maasai songs, very sweet to my ears! Have you ever watched the Maasai singing and dancing? This is a special gift, they move their necks and heads in a beautiful pattern. The children do the same from an early age. It is the most precious sight to watch.

From here our journey took us to the Manyattas that I had longed so much to see. Teacher Irene from Oloilailei Primary School accompanied us to this homestead for the purpose of facilitating the discussions with the local people. I had only learnt two Maasai words from my new friend, Lenkare. One of them was ‘’sopa’’ the Maasai greeting, the other one was ‘’Ashe’’ that means thank you. I happily and confidently greeted the community members at the Manyatta.

A Manyatta is a Maasai homested and here you could find several bomas ( the households). Teacher Irene ushered us into this boma where we met Mama Moine (Moine’s mother), a mother of 5 children. She had delivered a healthy baby boy two months ago, unfortunately her joy was cut short, she lost her husband barely two months after. My colleague interacted with her and Teacher Irene translated the discussions. The discussions were based on care and stimulation. My colleague asked about the baby’s feeding and the mother confirmed she was practicing exclusive breastfeeding. One sad thing that we noted, the mother looked very thin and miserable, she had been struggling to get at least one meal per day for herself and the children. The community members extend their kindness to her occasionally where they are able to provide her with food. We were staring at poverty straight at its core. Save for a smouldering fire, two beds made of cow skins and some wooden poles, that was all there was inside this boma. Together, the items gave off a sense of hopelessness. This made me reflect on my own situation, my encounter with this family changed my outlook on life.

As we headed back, I reflected on my own life, I have been blessed with so much, yet I complain a lot about what I don’t have.  Mama Moine’s situation fundamentally changed the lens through which I saw life or even saw people. We bought her some flour, maize, beans and some soap to wash the baby’s clothes. James would deliver the food later.

This for me was a life changing experience and I want to give my best to the Lenkisim Community while volunteering my time at Community Initiatives Agenda.

Please join me and together we can make a difference!